Niamh Cunningham (Ireland) is an artist working in Beijing. Two solo exhibitions in Dubai established her reputation for cityscapes and waterways. Her first solo exhibition in China opened at Beijing’s Dong Yue Art Museum in August, 2014. Following its success, CCTV (China’s national TV English channel) broadcast a documentary on the series “My China” the following March. In April 2017 TV programme “Beijing Guest” on Beijing TV Youth Channel highlighted her exhibition “Infinite Entities : Life and Nature” in April 2017.
Apart from landscape and portraitures Niamh also exhibits textile installations. “The Hair Lock” was exhibited at the WhiteBox gallery in New York in September 2015. Awarded a residency with the Zhang Jiajie International residency program in Hunan in November 2014. Niamh then received a commission for three large paintings for the Orthopedic Department in Huaxin Hospital which were installed in August 2015. The artist was also commissioned to make two large sculptures as part of a land art residency in Wudi Shandong in October 2017. She was also awarded a residency in March 2018 at the Guanlan printmaking base in Shenzhen.
More recently Cunningham has been focusing on her mixed media “Sucrose Series”, developing techniques using crystalisation. In 2018 some of this work has been exhibited in Beijing, Jinan, QingDao, Ordos and Shenyang. 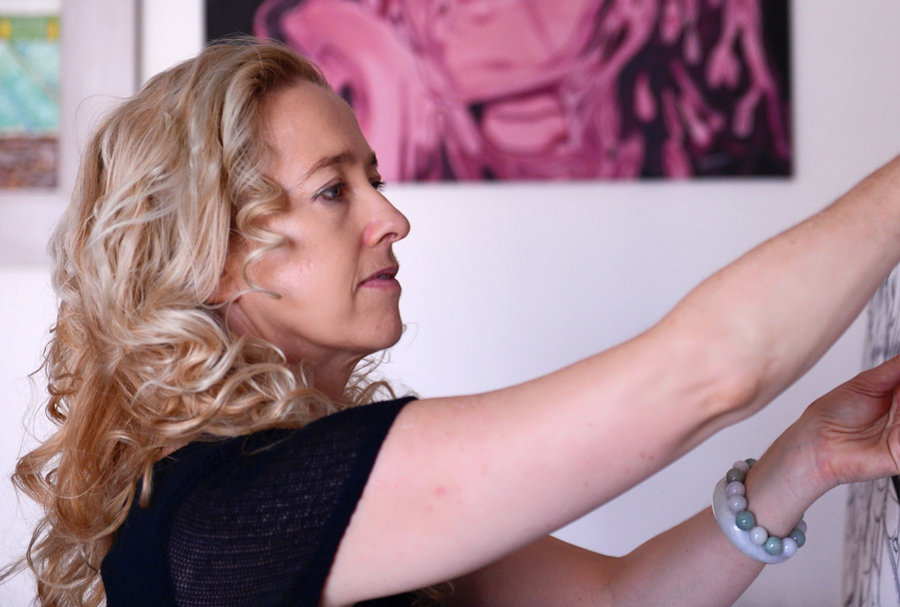 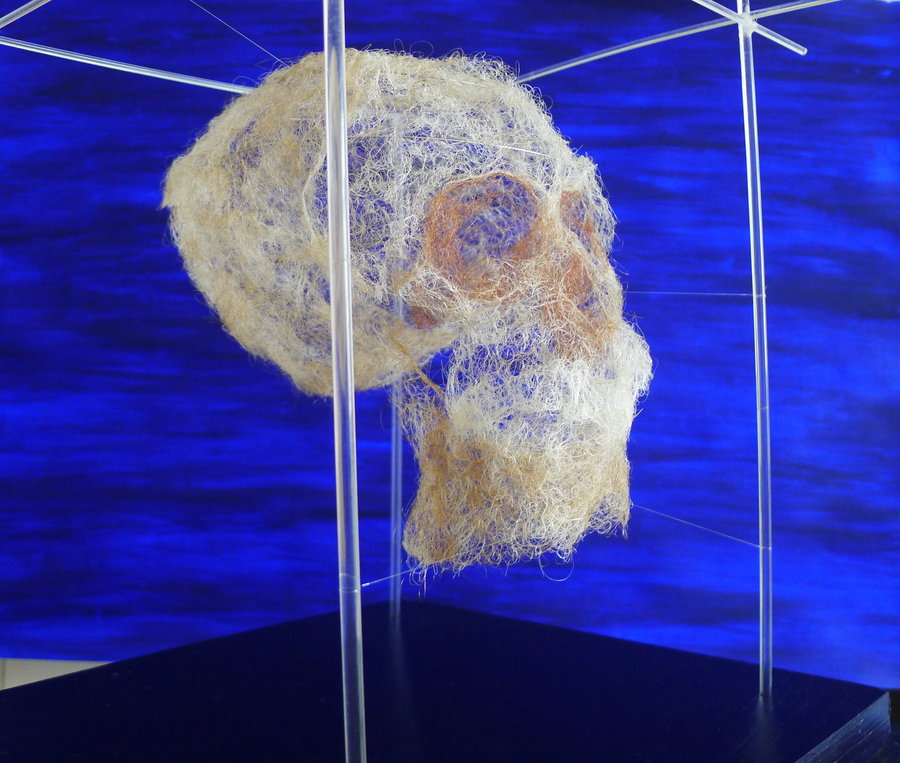 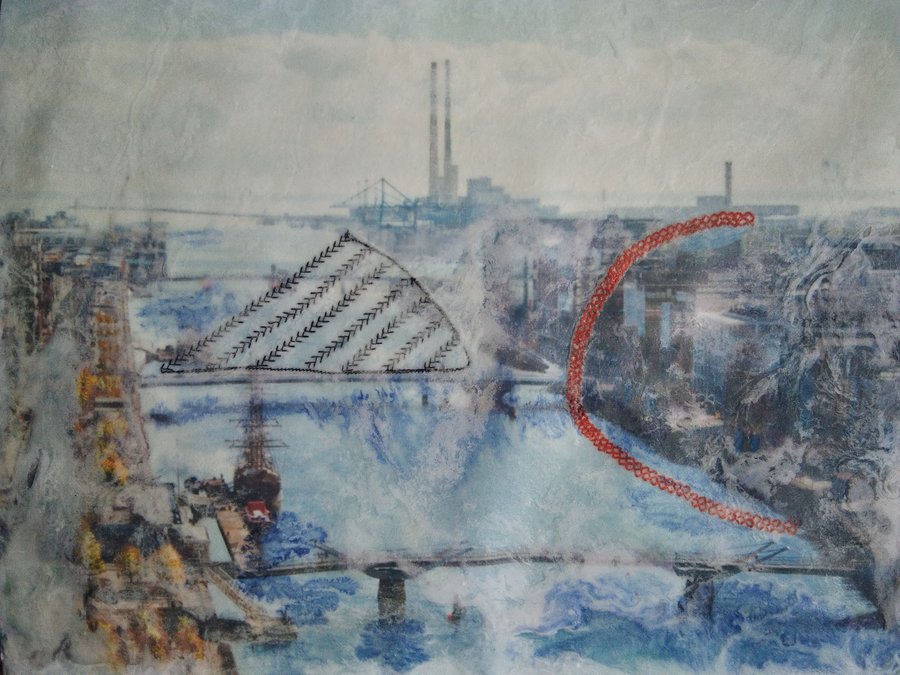 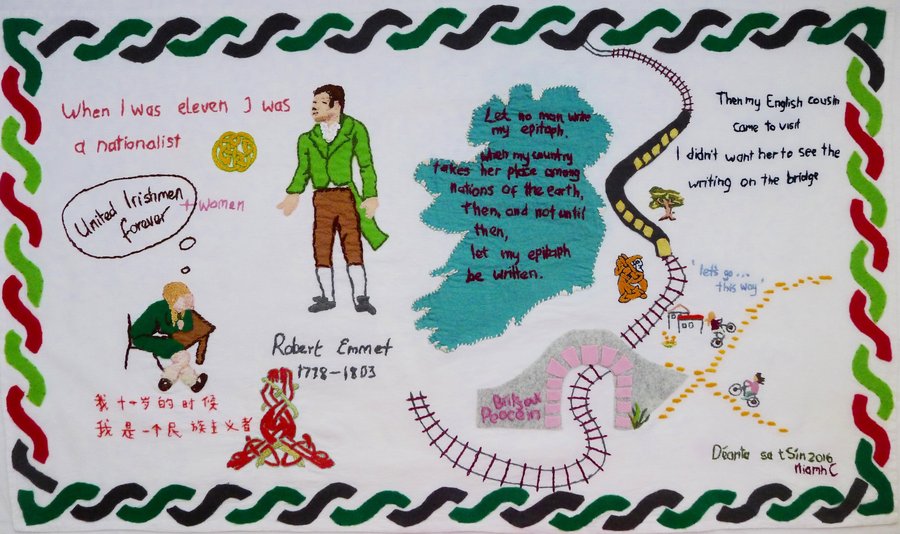